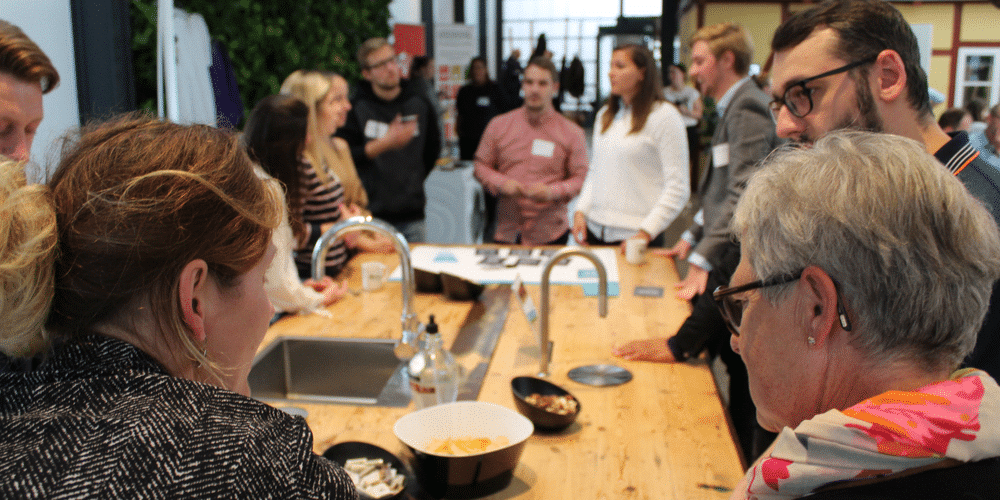 Last month, Startup Odense hosted its community meetup together with Odense Renovation under the theme of “circular economy”. With the recent concerns for the wellbeing of the environment, more attention is drawn onto how to consume most sustainably. An easy fix seems to be “why don’t we just recycle”; however, not all materials are suitable or easy for recycling. That’s why the circular economy is a step further from “just recycling”. Its main principle is to keep the loop closed by reusing products and materials for as long as possible, instead of recycling materials once or twice.

The cosy Thursday afternoon began with an introduction to the “Circular in Odense” project by Odense Renovation, followed by presentations from two project partner startups: Re-Circle and Pop Up Shop. While both of the startups focus on developing innovative waste solutions to support the circular economy, they are tackling the reinvention of quite different products. Re-Circle focuses on reducing electrical waste and electronics. It aims to close the loop between those with used equipment, and those who can repair and refurbish the items, to give them new life in the hands of a new owner. The Pop Up Shop, on the other hand, is concerned with reducing plastic waste in oceans and creating clothing items from the waste. While it seems to be a current trend to eliminate the usage of plastic straws, the majority of plastic waste floating in oceans nonetheless are fishing nets. Thus, Vane Dane, a brand part of the Pop Up Shop, has come up with the creative idea to use those fishnets as a material for creating sportswear.

In addition to hearing fascinating presentations regarding creating a sustainable business, the event participants had their very own hands-on experience through the mini business case competition. As the participants were divided into teams, each of them had 20 minutes to come up with a sustainable business idea of their own and to pitch it to the panel of business developers. We heard four unique ideas, out of which the “infinity washing machine” stood out the most and won the mini-competition.

The team behind the solution wanted to tackle the waste left from broken washing machines and to break the cycle of throwing out electronics when they don’t work anymore. The main idea of the team was to find a concept on how to make the most use out of a washing machine. This could be done by organizing the reparation and replacement of parts that don’t work, or creating new models or completely new items out of the elements from the machines. “It’s also the design process and making something where it doesn’t necessarily end when the machine is broken. Even if you go through the modularity, you do repairs and so on, but it will still break down eventually when it’s worn out.” describes one of the team members. A good example on how to use the inner part of a washing machine as a compelling interior design piece would be turning it into a lampshade. The latter was also exhibited at Odense Renovation, as several of those could be found hanging from the ceiling.

Maybe you also have a bright, sustainable idea waiting to be resolved! If the “Circular in Odense” project is something that could interest you as well, read more from Odense Renovation’s webpage.

On the behalf of Startup Odense, we’d like to thank Odense Renovation for having us over and thank you to all the participants for making that evening as cosy and nice as it was. 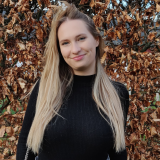 Britta is the current marketing manager at Startup Odense. She is also putting her creative marketing ideas and skills to work at the fintech startup SaepioX. Passionate about design and entrepreneurship, she is happy to contribute with ideas on how to make Startup Odense's promotion even more engaging and valuable for the community.

Startup Odense is an online platform that provides you with an overview of the entrepreneurial activities, resources and actors in and around Odense.

This website uses cookies to improve your experience while you navigate through the website. Out of these, the cookies that are categorized as necessary are stored on your browser as they are essential for the working of basic functionalities of the website. We also use third-party cookies that help us analyze and understand how you use this website. These cookies will be stored in your browser only with your consent. You also have the option to opt-out of these cookies. But opting out of some of these cookies may affect your browsing experience.
Necessary Always Enabled
Necessary cookies are absolutely essential for the website to function properly. This category only includes cookies that ensures basic functionalities and security features of the website. These cookies do not store any personal information.
Non-necessary
Any cookies that may not be particularly necessary for the website to function and is used specifically to collect user personal data via analytics, ads, other embedded contents are termed as non-necessary cookies. It is mandatory to procure user consent prior to running these cookies on your website.
SAVE & ACCEPT